This year the value of Bitcoin has soared, even past one gold-ounce. There are also new cryptocurrencies on the market, which is even more surprising which brings cryptocoins’ worth up to more than one hundred billion. On the other hand, the longer term cryptocurrency-outlook is somewhat of a blur. There are squabbles of lack of progress among its core developers which make it less alluring as a long term investment and as a system of payment.

Still the most popular, Bitcoin is the cryptocurrency that started all of it. It is currently the biggest market cap at around $41 billion and has been around for the past 8 years. Around the world, Bitcoin has been widely used and so far there is no easy to exploit weakness in the method it works. Both as a payment system and as a stored value, Bitcoin enables users to easily receive and send bitcoins. The concept of the blockchain is the basis in which Bitcoin is based. It is necessary to understand the blockchain concept to get a sense of what the cryptocurrencies are all about.

To put it simply, blockchain is a database distribution that stores every network transaction as a data-chunk called a “block.” Each user has blockchain copies so when Alice sends 1 bitcoin to Mark, every person on the network knows it.

One alternative to Bitcoin, Litecoin attempts to resolve many of the issues that hold Bitcoin down. It is not quite as resilient as Ethereum with its value derived mostly from adoption of solid users. It pays to note that Charlie Lee, ex-Googler leads Litecoin. He is also practicing transparency with what he is doing with Litecoin and is quite active on Twitter.

Litecoin was Bitcoin’s second fiddle for quite some time but things started changing early in the year of 2017. First, Litecoin was adopted by Coinbase along with Ethereum and Bitcoin. Next, Litecoin fixed the Bitcoin issue by adopting the technology of Segregated Witness. This gave it the capacity to lower transaction fees and do more. The deciding factor, however, was when Charlie Lee decided to put his sole focus on Litecoin and even left Coinbase, where’re he was the Engineering Director, just for Litecoin. Due to this, the price of Litecoin rose in the last couple of months with its strongest factor being the fact that it could be a true alternative to Bitcoin.

Vitalik Buterin, superstar programmer thought up Ethereum, which can do everything Bitcoin is able to do. However its purpose, primarily, is to be a platform to build decentralized applications. The blockchains are where the differences between the two lie. Basically, the blockchain of Bitcoin records a contract-type, one that states whether funds have been moved from one digital address to another address. However, there is significant expansion with Ethereum as it has a more advanced language script and has a more complex, broader scope of applications.

Projects began to sprout on top of Ethereum when developers began noticing its better qualities. Through token crowd sales, some have even raised dollars by the millions and this is still an ongoing trend even to this day. The fact that you can build wonderful things on the Ethereum platform makes it almost like the internet itself. This caused a skyrocketing in the price so if you purchased a hundred dollars’ worth of Ethereum early this year, it would now be valued at almost $3000.

Monero aims to solve the issue of anonymous transactions. Even if this currency was perceived to be a method of laundering money, Monero aims to change this. Basically, the difference between Monero and Bitcoin is that Bitcoin features a transparent blockchain with every transaction public and recorded. With Bitcoin, anyone can see how and where the money was moved. There is some somewhat imperfect anonymity on Bitcoin, however. In contrast, Monero has an opaque rather than transparent transaction method. No one is quite sold on this method but since some folks love privacy for whatever purpose, Monero is here to stay.

Not unlike Monero, Zcash also aims to solve the issues that Bitcoin has. The difference is that rather than being completely transparent, Monero is only partially public in its blockchain style. Zcash also aims to solve the problem of anonymous transactions. After all, no every person loves showing how much money they actually spent on memorabilia by Star Wars. Thus, the conclusion is that this type of cryptocoin really does have an audience and a demand, although it’s hard to point out which cryptocurrency that focuses on privacy will eventually come out on top of the pile.

Also known as a “smart token,” Bancor is the new generation standard of cryptocurrencies which can hold more than one token on reserve. Basically, Bancor attempts to make it easy to trade, manage and create tokens by increasing their level of liquidity and letting them have a market price that is automated. At the moment, Bancor has a product on the front-end that includes a wallet and the creation of a smart token. There are also features in the community such as stats, profiles and discussions. In a nutshell, the protocol of Bancor enables the discovery of a price built-in as well as a mechanism for liquidity for smart contractual tokens through a mechanism of innovative reserve. Through smart contract, you can instantly liquidate or purchase any of the tokens within the reserve of Bancor. With Bancor, you can create new cryptocoins with ease. Now who wouldn’t want that?

Another competitor of Ethereum, EOS promises to solve the scaling issue of Ethereum through the provision of a set of tools that are more robust to run and create apps on the platform.

An alternative to Ethereum, Tezos can be consensually upgraded without too much effort. This new blockchain is decentralized in the sense that it is self-governing through the establishment of a digital true commonwealth. It facilitates the mathematical technique called formal verification and has security-boosting features of the most financially weighed, sensitive smart contract. Definitely a great investment in the months to come.

It is incredibly hard to predict which coin in the list will become the next superstar. However, user adoption has always be one key success factor when it came to cryptocurrencies. Both Ethereum and Bitcoin have this and even if there is a lot of support from early adopters of every cryptocurrency in the list, some have yet to prove their staying power. Nonetheless, these are the ones to invest in and watch out for in the coming months. 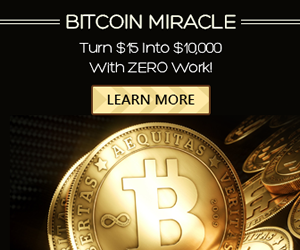